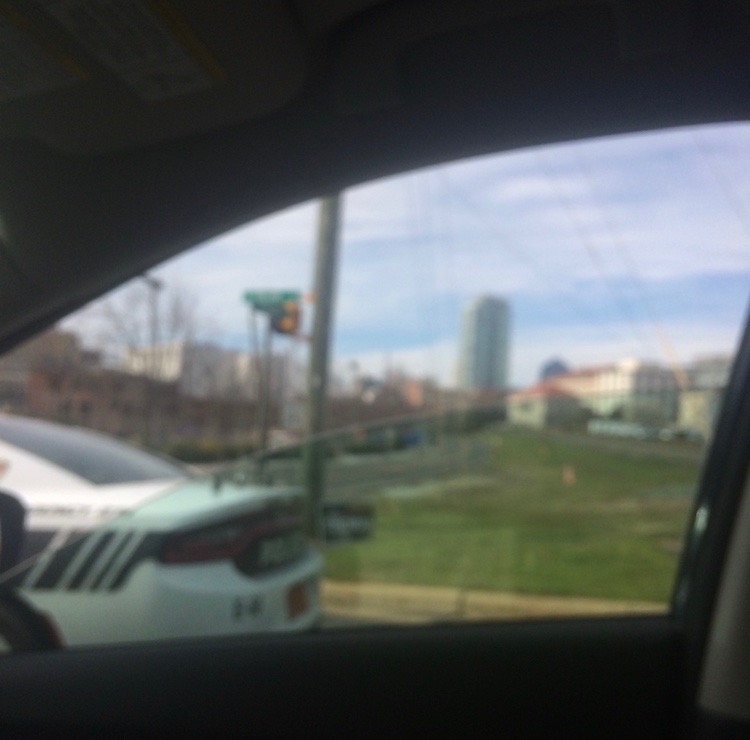 The Five Stages of Grief.

“Denial is a river in Egypt,” my mother used to tell me when I was a child.

It’s Sunday night and I am grieving my loss of America.

I never thought America was great. You know, like the greatest country on earth. I thought America was okay, like kind of alright. This is a feeling that many know, as you studied the Transatlantic Slave Trade and ignored stares from white classmates in middle school.

Our civil rights leaders marched on city streets in America, but in black and white photos. In middle school, our textbooks convinced us that this era was so long ago. We learned that slaveowners felt sympathy towards their slaves. Who devised this lie?

As an adult, I need to see those photos again, but in color.

Years ago, my friends and I went to Busch Gardens in Williamsburg, Virginia. The roads twisting and turning like rollercoasters, homes in the distance with gloomy, enormous front windows pained with facial expressions of mourning. You can always look at a plantation and know it was a plantation. My ancestors that happened to be slaves once walked that land. And goosebumps on your neck in the south will remind you that night time is not the time to explore.

If you paint a house a different color, the paint eventually peels.

I say the following with grace and extend compassion to myself. The reality is that I live in a bubble. I realized this thought, right? Was I too busy exploring the world that I missed my own backyard? I’m fluent in Spanish but what language did my great-great grandmother speak? Do I have $99.00 for a 23andMe DNA Genetic Kit? Do I trust 23andMe with my saliva?

A bubble. I was raised in a middle class African American family in the conservative state of North Carolina. I have friends from all over the world that encourage me to grow because their textbooks were not written by American exceptionalism. My parents taught me that education and entrepreneurship was the way out. I wanted the white picket fence until I got older and drove around my city only to realize that I couldn’t afford a house because of gentrification.

I guess I woke up, but who rocked me to sleep?

And this awakening, where did it come from? Knowing that Sandra Bland and I shared the same age? George Floyd’s murder? The American public using internet memes to persuade those accountable to arrest the murderers of Breonna Taylor? What is taking so long? Is it how I instantly decided to stop jogging outdoors with headphones in white neighborhoods when I saw the news of Ahmaud Arbery? Now, I only jog on the bike trail with bright clothing. Was it the white lady that ignored me when I said hello at the grocery store? Nah, I never watched the videos; never needed to see another Black person take their last breath. Was it the pandemic slowing me down to a speeding halt, granting me the privilege of time to aimlessly explore my thoughts and experiences? Was it watching a few white people drop their anti-racist literature and resign as allies because they realized it’s a lifetime journey? Is it me trying to comprehend this six-month stint of unemployment?

Growing up in the south will do something to you.

I played on land where my ancestors were enslaved. I rode by buildings and statues with significant historical relevance. I walked on grass that did not crease beneath my weight. My parents explained to my brother and I the meaning of the Confederate Flag before family vacations and road trips. I saw that flag all throughout my childhood; that flag anchored feet deep in the sand while my brother and I built sand castles and danced with the waves. I saw that flag on boogieboards, engraved on the back windows of F-150 pickup trucks, on socks at beach storefronts in Myrtle Beach, on white people at boardwalks.

In retrospect, America never tasted sweet in my mouth, nor bitter. As a child, I ignored cotton candy that never melted on my tongue on the 4th of July. We never bought fireworks either, because what were we celebrating? My Black family just cooked out for the fun of it. I liked America, but no one I knew intentionally bought an American flag to hang outside of their house, or owned apparel bedazzled in red, white, and blue. I don’t know Black people that do.

In adulthood, I froze when my colleague reached for paperwork and his sleeve moved, revealing a tattoo of a little boy holding a Confederate Flag. We locked eyes. He looked straight through me and I pretended I didn’t see it. He only wore short sleeve shirts after that, that damn flag staring at me every time I saw him. Not one of my white colleagues noticed.

At morning standup meetings in the construction field, my Latinx colleagues told me in Spanish that they knew he was racist. This man believed in the idea of white supremacy so strongly that he branded it on his skin. I was young then. I did not have the words to explain how I felt in English.

Years later I served my country even though I knew the dark history. I represented my country with pride, while acknowledging the history of the United States like skeletons in the middle of the ocean. My representation was an example of what my America was, the values I held dear, and the community that raised me. As a reward, I was handed mental illness on a silver platter.

I used to think that it was a sad day to find out how someone feels about someone with skin like me. Although disheartening, it makes life easier. My father always told my brother and I that when we saw that flag, we needed to stay far away. “Come back to your mother and I.” That was the rule. But in reality, what flag(s) was my father referring to?

My relatives that lived in the U.S. spoke of North Carolina like it was the plague. “How could one live in a place like that? Overt racism? Not in California; Not in Washington State!” “We’re better than that.” My cousins from Washington State speak of racism as coded language, of whispers, of surprise when my aunt picked them up from school. In the south, it’s the n word with the hard r. It’s the white lady locking her car door when you walk by. Glaring. It’s your uncle moving you into your college dorm and telling you that when he attended college up the street, the KKK used to march down Hillsborough Street right near the Chipotle.

You begin to realize that racism, albeit blatant or quiet is still racism. Racism disguised as a fist or poem is still spoken word. Would you prefer racism to leave a scar on your skin or soul?

What is the difference?

I mean so what now? America yawns, rubs its eyes, and awakens to the fact that it is a country in denial of its own history, that chooses to desensitize and outlaws any display of anger, profits on bargaining and loss, inspires depression, and now? Acceptance? Acceptance that change takes time and does not happen overnight? Acceptance of the fact that I may plant seeds and never reap the fruits of my labor? But am I really that altruistic? I know I am, but not like, that.

I want to hold out my hand and feel the fruit drop in my palm. Is this silly? Nah. America could have given my ancestors fruit years ago, as my ancestors literally planted the seeds. But how will I arrive at a better world if I don’t do the work, plant the seeds?

But is this the bargaining stage or acceptance? Or both?

I’ve lived abroad for years before but knew that one day I’d return home to America. It’s quite different to live in another country and call that country your home. Home like immigration paperwork, a new language, and an extra page in your passport for a residence visa. Like a small group of friends, a favorite mug, and friendships with the baristas at the neighborhood coffee shop. A lovely bench at the park and a scent returning you to a specific memory on a Wednesday afternoon.

While no country is exempt from racism, the trees that grow in other countries are not rooted in U.S. history. Could this be better? Am I naive?

At 27, I held Nikki Giovanni’s book of love poems, Bicycles, in my hands. I fell in love with her when I read Dinner at Nine–

“I am seated given a wine and entrée menu. I smile and happily talk. I nod my head and let my hands express compliance, competence, and a gentle but questioning compassion. People think I am on the phone. They recognize. I am in love. I order the ’04 Malbec, the baked mussels (though my favorite is boiled), the sautéed soft-shell crab, a nice green salad. The bread is hot and the butter soft. I am comfortable in this little French restaurant and made welcome. Yet, when my order arrives, the waiter doesn’t understand why there is only. Me.”

Who is to say the waiter in Giovanni’s poem is not the concept of America?

At 28, I wipe tears off my face and fall in love with James Baldwin’s Giovanni’s Room at 8:02 in the morning. Baldwin would turn 96-years-old today. In this masterpiece, Baldwin said, “you don’t have a home until you leave it and then, when you have left it, you can never go back.” The next day a friend sent me an interview with James Baldwin.

“You always told me ‘It takes time.’” Baldwin said. “It’s taken my father’s time, my mother’s time, my uncle’s time, my brothers’ and my sisters’ time. My nieces’ and my nephews’ time. How much time do you want for your progress?”

Do people know that there is another land to appreciate? While it would be impractical to think there is utopia elsewhere, do we, as people of color, not leave America because we know we will taste 14 seconds of freedom; that we may know what it is like to be identified by nationality; that we will taste racism that may be rooted in ignorance instead of systemic policy; that we will breathe a little lighter, a little softer, and dream just a little bit longer?

I want to feel as Nikki Giovanni did when she sipped on her glass of wine in that little French restaurant.

My writing in the last week feels repetitive. I am doodling, a series of lines that almost resemble a drawing, a character experiencing development on the cusp of a breakthrough. I need to feel this; to sit deep in this feeling; to ask myself what it is that I am wanting out of this life? Then I will know. But knowing what I do now, can I return to a 9 to 5 in a corporate office? Can I force-feed myself breakfast in the morning and squeeze into a pantsuit in America?

Tonight, I wrote an assignment for grad school on the racial wealth gap between White and African American families; or what my brother referred to as “playing Monopoly 400 years behind.” And while I am still learning, growing, and discovering what I truly want in life, isn’t it ironic that an American board game played around the world often has players roll a six-sided dice and end up in jail?

There are five stages of grief.